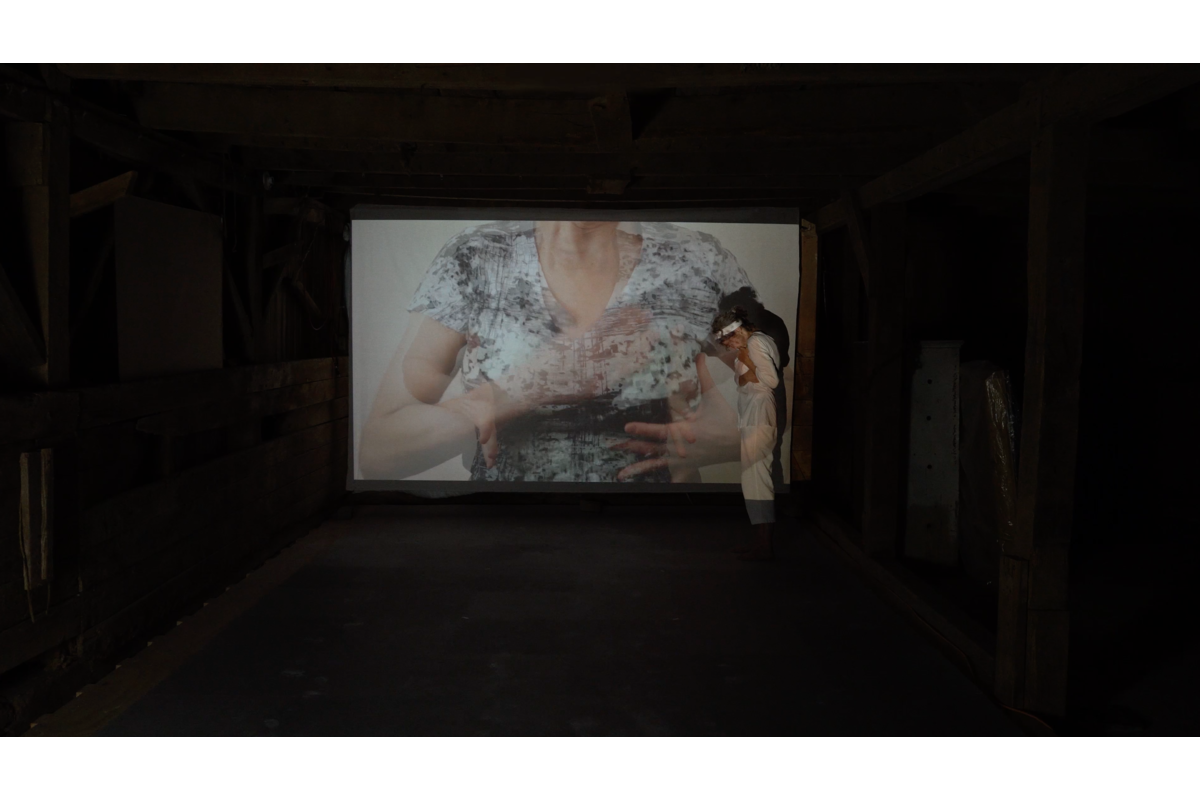 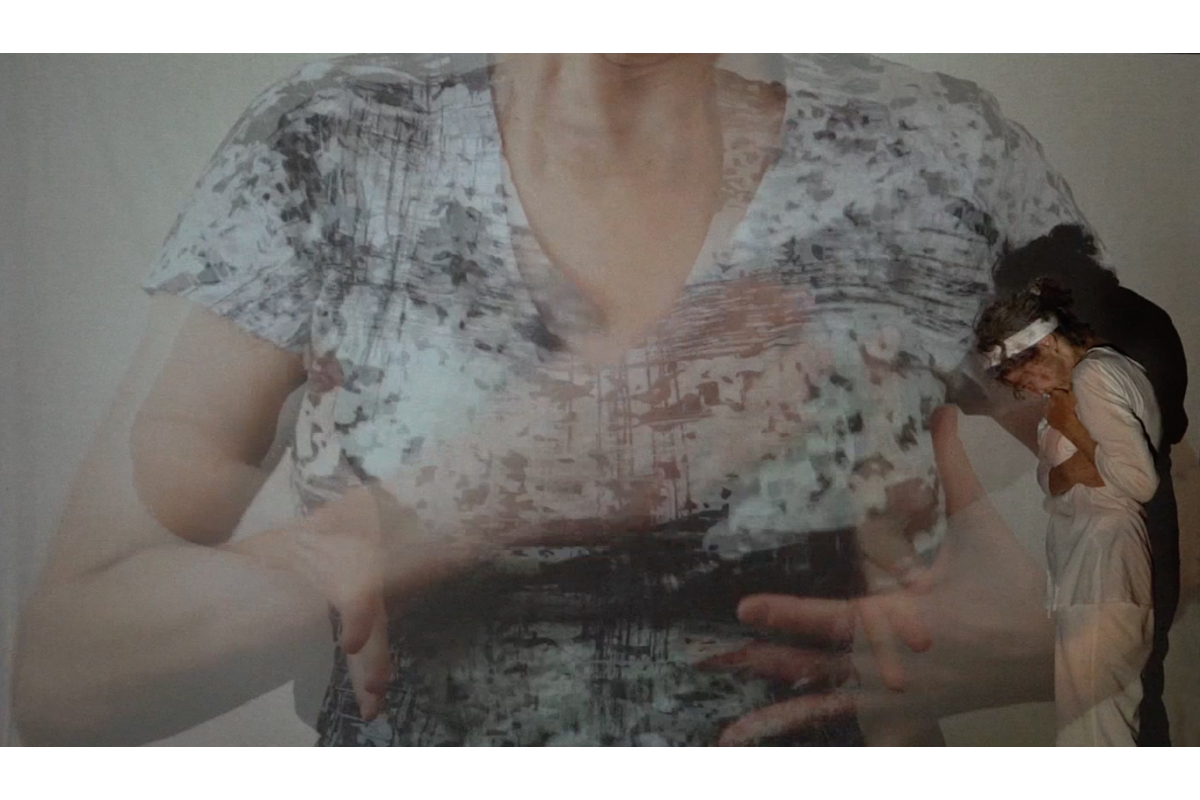 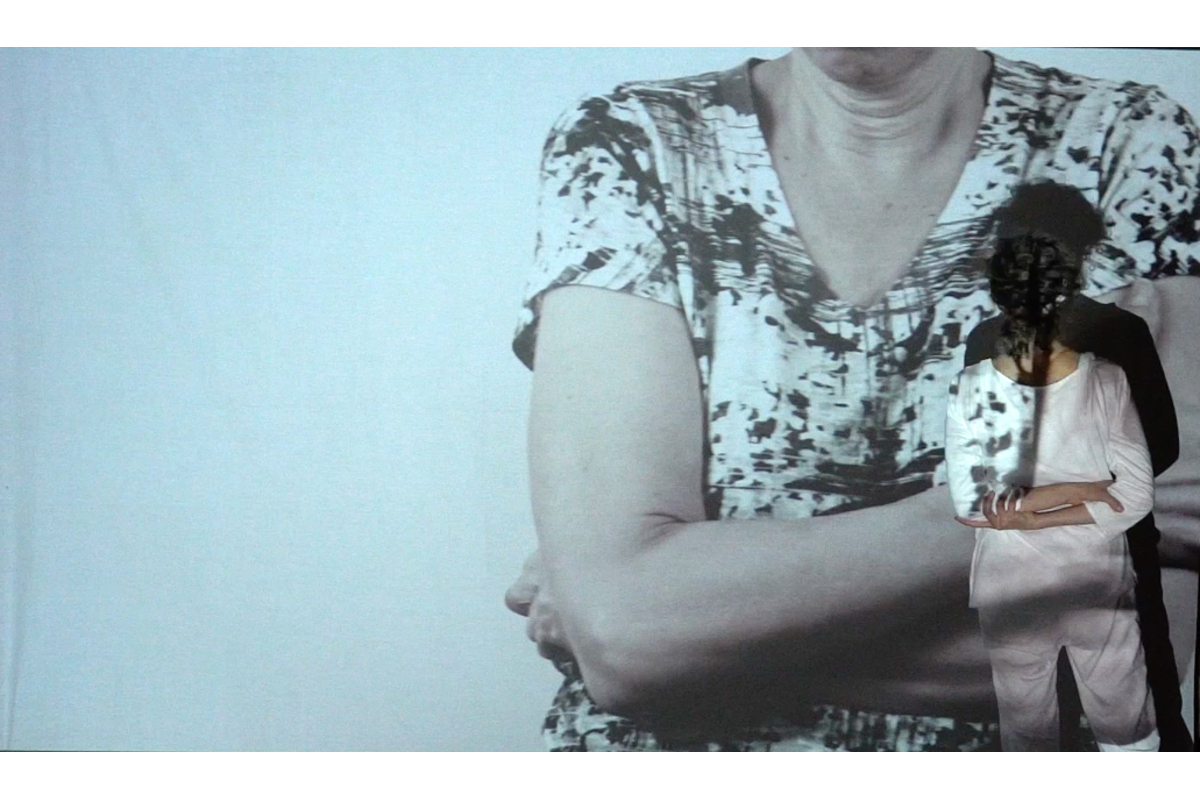 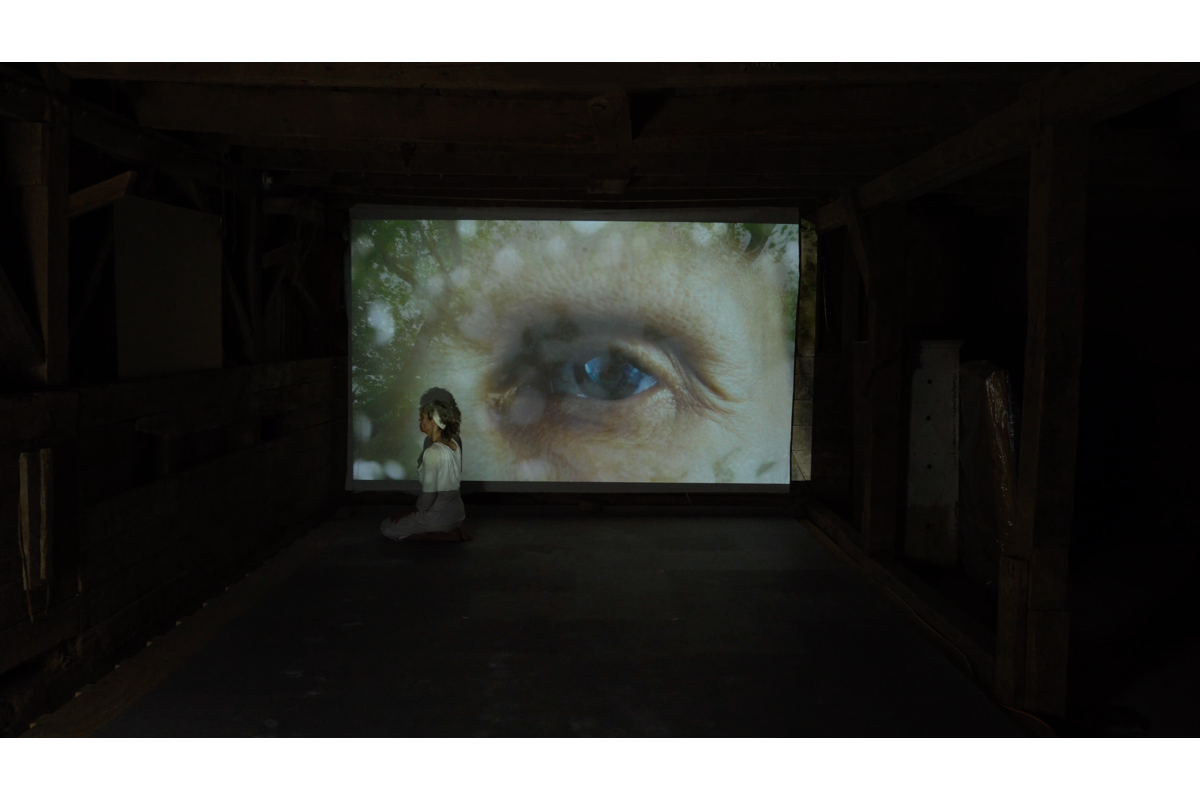 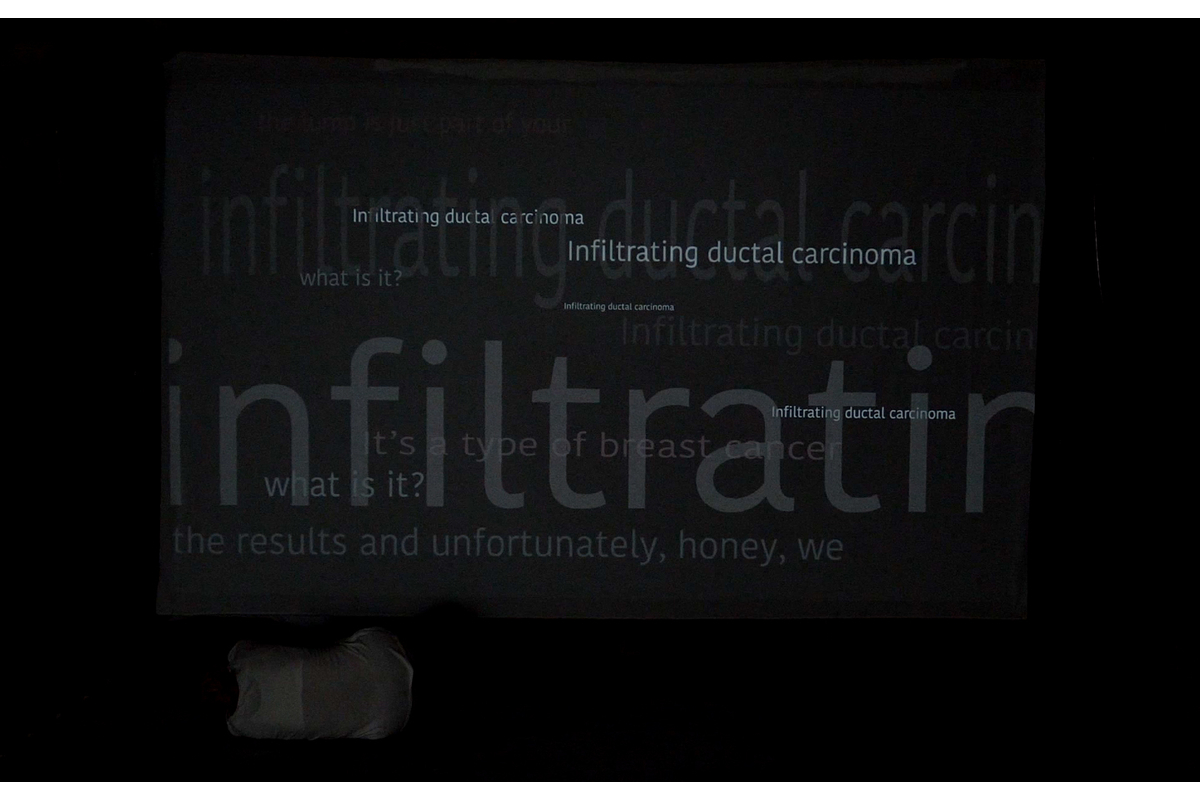 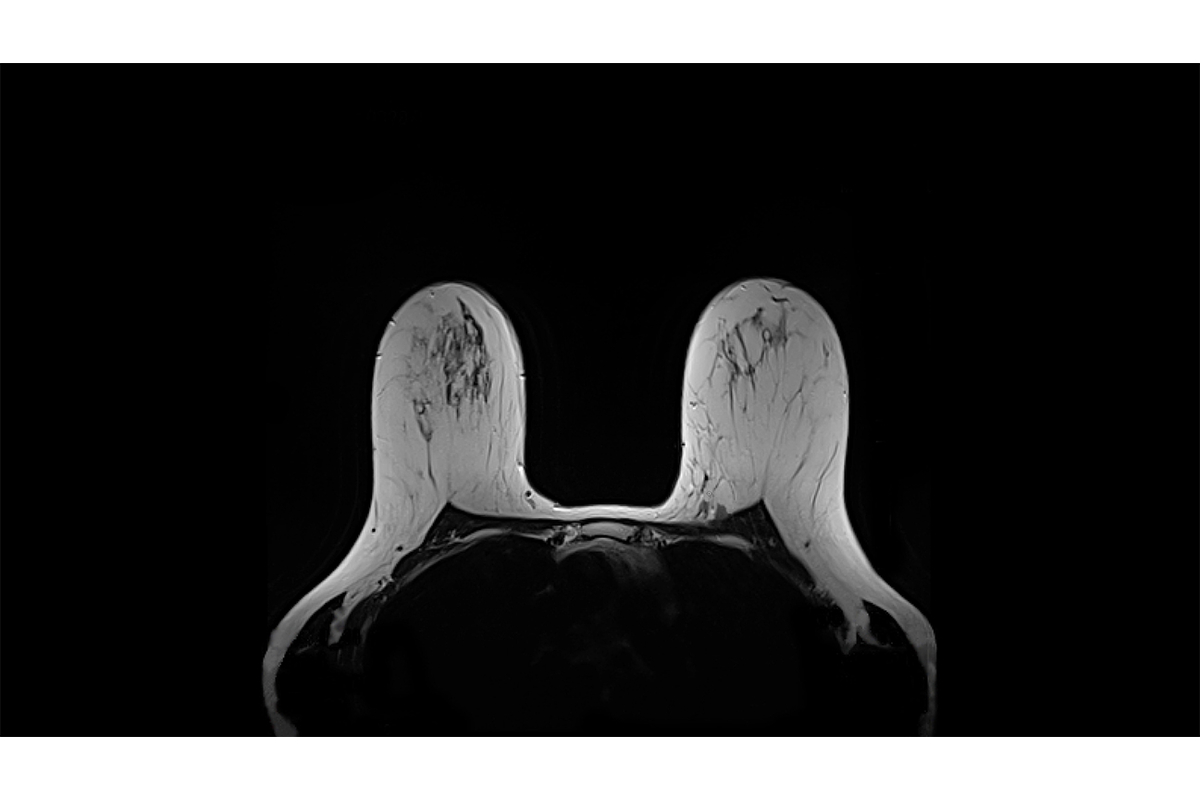 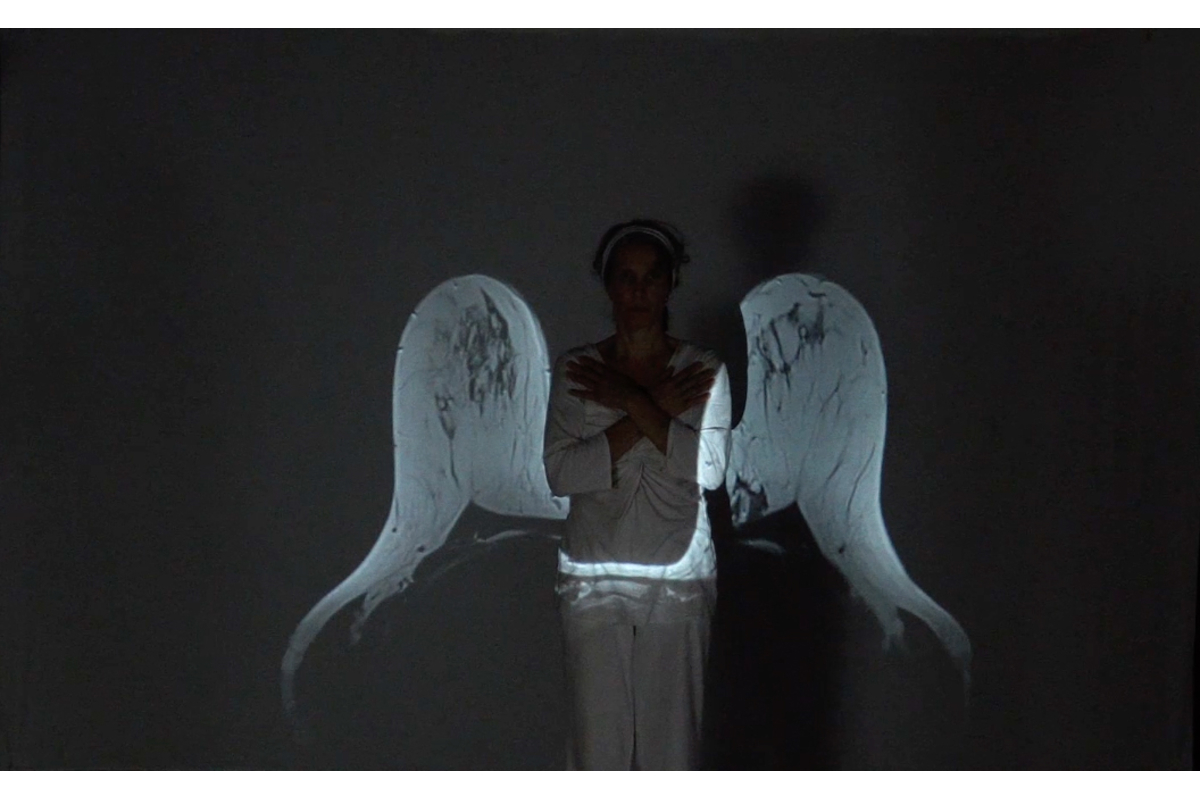 In the summer of 2017, after I posted images on social media of a series of photographs staged in a natural environment of my hairless body altered by the side effects of chemotherapy, a friend and ovarian cancer survivor commented, “Every. Single. One. Of us who has been with this disease is validated, loved and to a certain extent, freed by this image.”  The photographic series was only a small part of the material I accumulated while documenting my experience with breast cancer throughout 2017, including many hours of video and audio recordings, photographs, test scans acquired from hospitals, plaster casts made of my breasts before surgery and miscellaneous other documents.  From the moment I turned on the audio recorder on February 10 last year to capture the incoming call from the biopsy radiologist informing me of the diagnosis through the following months of treatment, surgery, therapy and recovery, I was cognizant that the collection of media would be the foundation for a new performance work about that experience.  The documentation process itself was therapeutic. It permitted me to step back and watch the difficulties as if a witness at times and it provided me with a creative endeavor to ‘look forward’ to completing in the future.  The performance will depict an autobiographical experience with cancer at the same time addressing its universal human condition.  The piece will integrate storytelling through expressive movement within a mediated space to include projected video imagery, soundscape and spoke word.

The piece will be created in collaboration with choreographer, Anjali Tata-Hudson, composers, Charles Gran & Ned McGowan and costume designer, Judy Bales. It will debut sometime in late 2020 in Columbia, Missouri.

"sketch" of live performance with video-projections shot in summer studio; scale will change in theatrical space